Get to Know… Julie Jacobson

Get to Know… David Jacobson

US to sustain military power in the Pacific [NY Times]

Oil pipelines criss-cross the US: Why the fuss over Keystone XL? [oilprice.com]

Is time running out on perimeter deal? [ipolitics.ca]

US senator want to boost Canadian and Chinese demand for US homes with new immigration  bill [stegeorgeutah.com]

New agreement with Canada a must for broadcasters [broadcastingengineering.com]

For Obama, some vindication on Libyan war [NY Times] 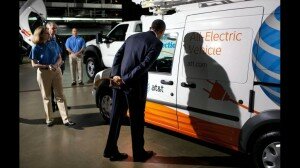 From the White House transcript:

Now, I would like to know how you balance your commitment to the environment with domestic energy security, given that there has been recent domestic dissent from the idea of importing Canadian oil, and as well, keeping in mind that it does require energy in order to manufacture these turbines — if you do not import the Canadian tar sands oil, you are opening the door to further investments by SunCor in Canada; as well you’re essentially offering up this very vast and politically stable oil — energy resource to a country like China.  I just want to know how you’re balancing all these different pressures.

THE PRESIDENT:  Did you talk to this guy?  (Laughter.)  You know — (laughter.)  For those — just to give background to folks, there are these tar sands in Canada than can produce oil.  There is talk about building a pipeline into the United States to import that oil.  I can’t comment on the specifics of this because the State Department is going through this complicated review process, and if it looks like I’m putting my fingers on the scale before the science is done, then people may question the merits of the decision later on.  So I’m not going to get into the details of it.

I will make this general point, which is that, first of all, importing oil from countries that are stable and friendly is a good thing. So, for example, some of you saw I went down to Brazil a couple of weeks back.  And I know people think I was going there to see samba dancers or something; they play soccer.  I was going down there partly because Brazil is actually already doing a really good job with biofuels.  They’ve got some of the best cellulosic ethanol — this ethanol that’s not made with corn, but it’s made with like sugar cane stalks.

So I think a third of their cars already on the road run on biofuels.  So I wanted to make sure that we learn from them — this goes to the point about another way that we can lower gas prices.  But they also just had these huge discoveries of oil off their shores underwater, pretty deep down.  And can we start working with them using our outstanding technology — some of the lessons we’ve learned in the Gulf — to create another regular source or supply of oil.

Canada already is one our largest oil exporters, or that’s — we import from Canada.  These tar sands, there are some environmental questions about how destructive they are, potentially, what are the dangers there, and we’ve got to examine all those questions. It’s the same thing with natural gas here in Pennsylvania.  Everybody has been hearing about the whole fracking issue, right?

Now, natural gas is a clean, relatively clean energy.  It’s a fossil fuel, but it burns pretty clean.  But we’ve got to make sure that as we’re extracting it from the ground, that the chemicals that are being used don’t leach into the water.  Nobody is an environmentalist until you get sick.  And it turns out, well, gosh, why didn’t somebody tell me that this might affect the water that we drink or the air that we breathe, or what have you?  So we’ve got to do some science there to make sure that the natural gas that we have in this country, we’re extracting in a safe way.  The same thing is true when it comes to oil that’s being piped in from Canada, or Alaska for that matter.  We just got to do these evaluations, and we’re always trying to do that based on the science.  All right?