Get to know… Luiza Ch. Savage 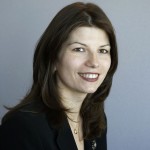 Luiza Ch. Savage is the Washington bureau chief for Maclean’s magazine, the national weekly current affairs magazine of Canada. She is also editor of Bilateralist.com.

What do you actually do in your job? I cover Washington politics, Canada-US relations and US foreign policy. Mostly I interview people and write articles about them.

What is the hardest thing about your job? Coming up with the right story idea that will stand up for a weekly magazine is usually more difficult than executing it. I like big picture stories that put the daily news in context.

What do you most enjoy? Learning something new with every story I write. Encountering people who are truly experts in their field.

Where were you born and raised? I was born in Gdansk, Poland. I moved to Calgary when I was four, and then to Ottawa as a teenager.

What did you study? I have a bachelor’s degree in economics from Harvard and a master’s in legal studies from Yale Law.

What was your first job and what path led to your work today? My first job was as a research assistant to a writer at the New Yorker magazine who taught me a lot about writing and cooking. After a year in New York, I began as a reporter at the Ottawa Citizen and then joined the National Post when it first launched in 1998. I covered economic and justice issues and then Supreme Court of Canada. In 2002,  I received a Knight Foundation Fellowship that allowed me to study for a year at Yale Law School, where I met my now-husband, a fellow journalist who was based in Miami at the time. The Ottawa-Miami commute seemed too daunting so we met in the middle and settled in Washington. I worked for two years in the Washington bureau of the New York Sun, then a small start-up, and joined Maclean’s in 2005.

What was the best advice you received in the course of your career? When I was a teenager, I wanted desperately to be a summer intern  at a local TV news  station in Calgary. When I showed up at the offices, I was told they weren’t interested in taking high school kids. My Dad told me that if I really wanted something, I couldn’t take no for an answer. So I didn’t and they eventually took me. Thanks, Dad.

Later, I had a summer internship at Time magazine in New York as an undergraduate. I asked an editor there for career advice and she told me to get a job at a daily newspaper to really learn the nuts and bolts of reporting. She was right.

Looking back, what are you most proud of? I’m proud of the Supreme Court coverage I did in Ottawa – and of surviving the vertical learning curve after coming to Washington in 2003. Covering a the US system of divided government is different from covering Parliament. There are more moving parts and the legislative process moves incrementally and in fits and starts. It’s a bit bewildering at first.

When and how do you start your day? Around 7 am, by changing a diaper.

Where are you most likely to be found when you’re not working? On the floor of the playroom making sure the toddler doesn’t choke on the 5-year-old’s Lego.

If you had an alternative career, what would it be? A professional closet organizer on HGTV.

Hobbies? Iyengar yoga and design blogs. I can spend shocking amounts of time thinking about lamps.

Who is your hero or heroine? My parents. They sacrificed a lot so that their kids could grow up in a free country and to give us a great education.

What is one worthwhile book you read in the past year? Ken Whyte’s biography of William Randolph Hearst, Uncrowned King. Ken has compared the current Internet era to the free-wheeling highly-competitive newspaper landscape of Hearst’s time. His attitude is a nice antidote to the doom and gloom one hears so often elsewhere in the industry.

What is one thing you’d like to learn more about? History.

Favorite place in Canada and your favorite place in the U.S.? In Canada, Lake Louise. Or Moraine Lake…? Hard choice.  In the U.S., New Haven, CT. That’s where I met and married my husband and there are lots of great memories.