Get to Know… David Archibald 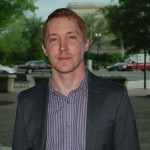 David Archibald is the executive director of the Association for Canadian Studies in the United States.

What do you actually do in your job? I work with academic, government, and policy communities to advance greater awareness of Canada, its policies and culture, in the US. This is accomplished through a range of public diplomacy and advocacy programs and initiatives.  Our efforts are greatly facilitated through our relationships with the Canadian and US Embassies in Washington, and Ottawa, Government agencies in both capitals, provincial and federal consulates and delegations in the US, and an extensive network of academic institutions and think thanks throughout North America.

What is the hardest thing about your job? Ensuring that the principal of academic freedom is not compromised while remaining accountable to the Canadian government in advancing its advocacy priorities, all while balancing the broad multidisciplinary interests of our membership.

What do you most enjoy about it? The broad range of activities and interests which need to be promoted and positioned in advancing a bilateral relationship guarantee that there is always a new issue or initiative to engage, whether its arctic sovereignty and defense, energy and the environment, economics and trade, or cultural programming, there is never a dull moment! I am also fortunate to have a rich and diverse network of friends and colleagues from across the continent, including an active board led by our president, Tamara Woroby. I enjoy a high level of latitude and independence in my position as director which makes running ACSUS a lot like running my own organization.

Where were you born and raised? Cheltenham, a small town near Stratford-on-Avon in the West of England, and later, several years in Alaska.

What was your first job and what path led you to your work today? An internship at the British Embassy in Brussels Belgium, attached to the press and public relations branch. I had intended to join the British Foreign Office, but a change of course put me in an academic direction, ultimately studying for a PhD in International Relations. The Dean of the College of Arts and Letters at my university was a former President of ACSUS. I learned of the position and went to meet with her. This was my path to Canada!

Looking back, what are you most proud of? Completing a novel and adapting it into a play. Helping make my non-profit the success it is today.

When and how do you start your day? On weekdays it begins with a protein smoothie, and the NYTimes on my iphone en route to the office. Saturdays and Sundays never begin without a French press of strong, black coffee.

Where are you most likely to be found when you’re not working? The theatre, dancing, sharing memories with friends.

If you had an alternative career, what would it be? Film director.

Favorite sports team? I have a cousin who played for the English Premier League football team, Tottenham Hotspurs, so Spurs.

Who is your hero or heroine? The “Anonymous” donor, the peace negotiator, the heretic, the artist.

Hobbies? Gym, photography, theatre, writing fiction. Anything which allows me to invent, reinterpret, redefine, reshape, and alter my perspective.

What is one worthwhile book you read in the past year? A biopic. “Marina Abramovic: The Artist is Present,” about the eponymous performance artist. As a product of the Balkans, she has much to teach us through metaphor about how geography shapes identity.

What is one thing you’d like to learn more about? As a writer, I am always interested in learning more about people—their motivations, passions, their prejudices, why they think the way they do. Character development allows me to parachute people into foreign environments to see what happens. Imagine it as a Petri dish—what new culture will start growing? This idea of contrast, juxtaposition, fascinates me.

What is your favorite place in Canada and your favorite place in the US? When I think of Canadian geography, I think of Canadian writer Aretha van Herk. Her novels “No Fixed Address: An Amorous Journey,” “Places Far From Ellesmere,” and much of her writing explores the confluence of identity and place, exploring ungendered space such as the far North. In her book “In Visible Ink: Crypto-Frictions,” van Herk writes of her experience in the North: “I am suspended in an Arctic, not near Arctic or high Arctic but extreme Arctic, beyond all writing and its romance, beyond the intellectual comprehension or geographical experience of most of those people calling themselves Canadians. I am simply here, reduced to being….” Having spent part of my childhood living on an Aleutian island in the Bering Straights, this sense of just ‘being’ in the North resonates deeply within me. I have always been drawn to the North. One of my fondest experiences in Canada was spent an hour north of Whitehorse in 2006, watching the Yukon River flow by on its way to Alaska where it empties into the Bering Sea. Similarly, I am also drawn to those places where it is possible to just ‘be’ in the US. Last year I visited Joshua Tree National Park with its stunning views of the Mojave Desert and the Little San Bernardino Mountains. As our lives become more media saturated and peripatetic, places like Whitehorse and Joshua Tree National help us to reconnect with the present, and teach us how to just ‘be.’ This is important.

What is one thing you’d like to tell Canadians about the U.S., and/or one thing you’d tell Americans about Canada? In January, award winning Canadian journalist Andrew Cohen, gave the annual JR Mallory Lecture in Canadian Studies at McGill. His observation was that Canadians and Americans were becoming more alike, in part because Canadians had changed, but also because Americans had changed. He characterizes this alignment as the “Converging Character” of Canadians and Americans: “We have Medicare, therefore we are. But take away health care and other cherished touchstones of identity, and what’s left for us and between us? Winter? Yes, but it’s threatened by global warming. Peacekeeping? Well, we don’t do it anymore. Hockey? Yes, but our dominance is threatened. So what’s left? Maple syrup? The inflection ‘eh’? I jest, but those who continue to define this country only in counter distinction to the United States, a converging character is a big problem. Our nation is not threatened. We’ve grown up; we’ve shed our adolescent fears. Our sovereignty today is not only economic, political or territorial; it’s the sovereignty of the mind. We’re Canadians, and let us hope that means something more than just not being Americans. After 144 years as a nation we know who we are, and we are here to stay.”