Get to Know… Perrin Beatty 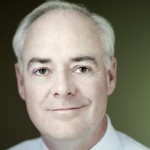 You can contact Perrin Beatty through the Canadian Chamber of Commerce.

What do you actually do in your job? My job is to promote policies that will help Canadian businesses succeed in the global economy. An important part of that involves our relationship with the United States. We’re each other’s biggest customers and millions of jobs on both sides of the border depend on that relationship. Keeping the border open to legitimate travelers and cargo is an important part of my job.

What is the hardest thing about your job? There are plenty of new places I’d like to see and projects I’d like to get involved with, but the time available is too short. We need to add a few hours to each day.

What do you most enjoy about it? Being able to make a difference. The Canadian Chamber is a great place to be if you want to change things for the better.

Where were you born and raised? I was born in Fergus, Ontario, a small community about an hour west of Toronto. I went to high school in Toronto and to university in London, Ontario.

What did you study? “Study” may not be the right description. I was enrolled in poltical science and history courses, but much of my time was spent in student politics, writing for the student newspaper and reporting for a local radio station. I had a great education, much of which didn’t take place in the classroom.

What was your first job and what path led you to your work today? After graduation, I went to work as an assistant to the Minister of Health in Ontario. My plan was to return to university after a year and either do law, get an PhD in Canadian history, or become a journalist. I ended up in Parliament instead. Twenty-one years in Parliament, five Prime Ministers and seven Ministerial postings later, I left when our government was defeated. After a year doing consulting work, sitting on boards, writing a newspaper column and teaching a course at university, I was asked by the new Prime Minister, Jean Chretien, to become President of the CBC in 1995. I then led Canadian Manufacturers & Exporters for seven years before coming  to the Canadian Chamber in 2007.

What is the best advice you received in the course of your career? When I first became a Minister, my brother-in-law, who had served in Prime Minister Trudeau’s office, told me to always hire people who were better than I was.

Looking back, what are you most proud of? My family.

When and how do you start your day? Usually a bit before 7:00 a.m., reading the newspapers on line and catching a couple of newscasts.

Blogs or websites you find interesting or useful: Aside from this one? I particularly like the Canadian Chamber’s web site.

Where are you most likely to be found when you’re not working? In the kitchen cooking, tinkering with technology, or listening to music.

If you had an alternative career, what would it be? Probably something international. I would have loved to have spent at least a few years living abroad.

Favorite sports team? If you are not talking about a professional sports team, it would have to be the Ottawa Senators.

Who is your hero or heroine? My grandfather, who was a businessman with a strong sense of duty to the community. And Robert Stanfield, the first leader I served under in Parliament. Stanfield was correctly called “the best Prime Minister Canada never had.”

Drink of choice? A glass of good red wine. Many Canadian wines now fall into this category.

Hobbies? Cooking, music and writing. I enjoy all three but am totally lacking in musical ability. Some people would suggest my cooking and writing fall into the same category.

What is one worthwhile book you read in the past year? At Home, by Bill Bryson.

What is one thing you’d like to learn more about? Technology. I taught a course on  the social impacts of information and communications technologies almost twenty years ago and am just as interested in the subject today.

What is one thing you’d like to tell Canadians about the U.S., and/or one thing you’d tell Americans about Canada? I would tell Canadians that the United States is not a simple and homogonised society. It as regionalised and diverse as Canada is. I would tell Americans that, like relationships between firends, relationships between countries can atrophy if they they are taken for granted.